Wheat flour-why are you everywhere?!!  There are a couple of good books that I mentioned in the article. One is “Wheat Belly” by Dr. William Davis. Also a good book is “Grain Brain” by Dr. David Perlmutter. 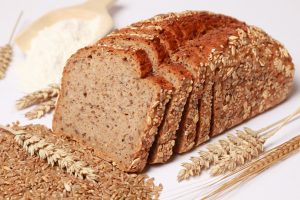 Wheat has fed the world. It’s been around for a while. The proliferation of wheat products parallels the expansion of our waists. What truly raises blood sugar the most?? White sugar? Snickers bar? Banana? Whole wheat bread?  The answer is whole wheat bread. It raises blood sugar more than anything else out there. Wheat is the dominant source of gluten. It’s found in everything (cosmetics, shampoo, and more).  Wheat constitutes about 20% of all calories consumed worldwide.  How many aisles in the grocery store are actually dedicated to wheat/grain products at the grocery store? There’s the bread aisle, baking aisle, snack aisle, cereal aisle, pastry aisle.. Wheat is almost everything. You have to “let go” of a few myths:  Low fat, high carb diet is good. And, cholesterol is bad.

Wheat was first cultivated @330 BC and was Einkorn wheat. Wheat has dramatically changed over the past 50 years. It’s been over 2000 plus years now. Hybridized and crossbred to make it resistant to disease and drought is one reason it has changed. It means we can grow a lot more wheat. But it also means an increase in yield (10X from 50 years ago). It’s a good thing we can feed people. The problem is that modern wheat has been so modified that today’s strain could not survive in the wild without the fertilization/pest control. Unfortunately with all this modification it really hasn’t been tested that much to see if it’s actually safe. It’s just assumed that the new strains are going to be safe.  But there are a lot of assumptions out there that don’t prove to be correct.  So we don’t know if it’s true or not. We just assume these hybrids of wheat really are safe. Wheat gluten has undergone significant structural change with the hybridization. It’s a different thing now than when it was 2000 years ago.

I s wheat addictive? Obviously a lot of drugs are addictive. Exogenous drugs can supercharge or hijack the CNS. Examples of these drugs are: cocaine, tobacco, and heroin.  The endogenous opiod-like products are endorphins.  Endorphins give us some of those “highs” (exercise highs).  There are other exogenous opiod-like peptides that are found in wheat (gluten exorphins and gliadorphins-prominent part of the wheat). So there is some kind of “feel good” property when we first eat these things. It’s more than just a blood sugar rush. There are other things that are actually occurring.  Can they actually make you crave “another hit?” Certain people may be more susceptible just as people who are more susceptible to alcohol or heroine.

Wheat/carbs lead to increase blood sugar swings which then increases insulin levels. Insulin is the hormone that turns on fat storage, especially in the abdominal area. Wheat also increases inflammatory markers. When inflammatory markers go up we also tend to gain weight in the abdominal area. Also, it reduces the production of Adiponectin (heart protective and aids in weight loss). If we reduce adiponectin, we’re going to have a harder time losing weight.

People with celiac disease have to avoid all aspects of gluten. It is a major problem.  Antibodies to wheat gliadin are found in the blood. It causes inflammation of the intestinal tract. Gluten also affects Irritable Bowel Syndrome and Gastroesophageal reflux disease.  Reflux is probably one of the biggest problems that I see that wheat can cause.  Get rid of the grains. Gluten can cause bloating, cramping, gas, constipation ,diarrhea and more.

Wheat can increase blood sugar easier than most everything else. Diabetes was unseen in the hunter/gatherer societies until the introduction of cultivating wheat/grain. Wheat consumption parallels diabetes and obesity. The average weight consumption is about 133 pounds a year.

LDL is often referred to as “bad cholesterol.”  Actually only parts of LDL are bad. Diet influences this. Carbs/wheat will increase VLDL and triglyceride formation, and subsequently increase small LDL’s. Gluten can potentially make heart disease worse. Insulin turns on lipogenesis in the liver, therefore increasing production of small LDL and triglycerides.

Thomas Edison said, “The chief function of the body is to carry the brain around.” There’s a lot of truth to that statement. Dr. David Perlmutter said, “The origin of brain diseases is in many cases predominately dietary. Although several factors play into the genesis and progression of brain disorders, to a large extent numerous neurological afflictions often reflect the mistake of consuming too many carbs and too few healthy fats.” Our ancestors didn’t have sugar and wheat as available to them. Their diet consisted of 5% carbs, 20% protein, and 75% fat. The USDA diet is 60% carbs, 20% protein, and 20% fat. That’s a lot different. The problems with our health have evolved very quickly over the last 40 years with this recommended diet. Maybe we need to re-think this. Almost all degenerative conditions are associated with inflammation and the biggest instigators of inflammation are  carbohydrate and often gluten (both increase production of cytokines).   The assault on the brain is much harder to recognize until it’s too late. It’s also harder to measure. The real question is, “What if we are all sensitive to gluten from the perspective of the brain:” (Dr. David Perlmutter). If we got rid of gluten would we have a lot less brain disorders?

I already talked about the exorphins which are temporary. But inflammation affects everything including the brain. The following can be affected by wheat: worsening ataxia, peripheral neuropathy, worsening migraines, brain fog, and mood swings. 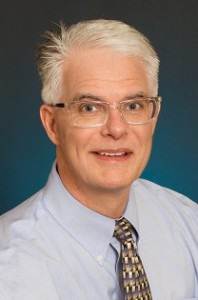 You can get those books just about anywhere. Wheat Belly is by Dr. William Davis and Grain Brain is by Dr. David Perlmutter.

Fat is one of 6 nutrients essential to good health. (Water, Protein, Vitamins, Minerals and Carbohydrates are the others). We can’t live without them. Unfortunately, fats have been demonized in the past few decades. The public was encouraged to cut out or drastically cut back on fat. Our fat intake dropped from 40% of our diet to 34%. Yet, the fat reduction didn’t help with our weight problems and the obesity epidemic spiraled higher.

Fats are more calorie dense than carbohydrates and protein, but it’s not just the weight of the food that matters. What matters most is what the food does inside; how they break down and are used by our bodies. When the food industry removed fats from our food, the fat was replaced with sugar or other staches.  ALL carbohydrates break down into sugar. They are the reason why Americans continue to struggle with their weight. Fat is not the culprit, it’s the carbohydrates.

*Our bodies use 3 types of fats for fuel:
Monounsaturated: These are the healthier fats found in olive oil, nuts and avocados.
Polyunsaturated: Mostly healthy fats found in sunflower oil, flax seed oil, salmon, and grape seed oil.
Saturated: Found in butter and lard, less desirable for the diet.

*Other types of fats:
Cholesterol: It’s been given a bad rap but is essential for life and normal cellular function. The body manufactures 85% and the rest is found in foods we eat. The building blocks of cholesterol are CARBS! So, to reduce cholesterol you must reduce the amount of carbohydrates you consume.
Triglycerides: Essential for life, provides calories, and can be burned for energy. To reduce triglycerides, you must reduce carbohydrates.
Trans Fats: These are man-made fats designed to preserve the shelf life of food. There is a direct association between intake of trans fats and increased risk of heart attacks. They can be found in fried foods, baked goods, crackers, and vegetable shortening. Consuming even trivial amounts can cause damage.

*The GOOD fats:
EFA’s are polyunsaturated fats that are essential for life, but the body can’t produce them. These fats are not used much as fuel, but they are the lubricant that keeps the engine going. The American Heart Association recommends 1 gram a day, but we should ingest even more.
Omega 6: Easily available in food.
Omega 3: Found in tuna, sardines, almonds, and walnuts.

Insulin is a master hormone made by the pancreas that allows your body to use sugar from carbohydrates for energy or for storage. It helps to maintain normal blood sugar levels. Lipoprotein lipase is an enzyme needed to store fat in the cells. Insulin levels rise when we eat carbohydrates. It then turns on the lipoprotein lipase, which causes fat storage. Therefore, it’s not FAT that leads to fat storage, but CARBS! You can’t store fat unless your carbohydrate intake is high enough to release insulin.

Remember that fats are vital to good health! If you’re eating a fairly low-carb diet, you shouldn’t fear fat. Eating fat won’t make you fat. Everyone should consume more Omega-3 fatty acids and reduce carbohydrates. We sell EFA’s in our nutrition store here at The Center for Weight Loss Success. It’s your life. Make it a healthy one!