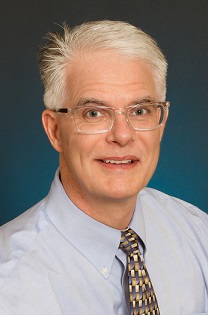 I’m updating you on the two-week Jump Start Diet. I’ve been doing these video’s every other day, keeping people updated. I’ve gone public with this whole thing.  I’m doing this Jump Start Diet which anyone can do. I talked in more detail about what’s involved in the diet. I’m on day 10 of the two weeks. So, the end is in sight.

Day 10 and I’m down 11 pounds. It slowed down some which is not unexpected at all. I want to make a couple of comments about things that I’ve noticed and that have come to mind over these last couple of days.  Overall the diet is going great. I actually feel really well.  I thought I’d get tired out.  I want to talk a little bit about fatigue.

There are two kinds of fatigue. Number one is diet fatigue. That means you get tired of the diet. It can get old.  Five shakes a day is the diet. But like I mentioned last time there are different flavors. I don’t deny I get tired of drinking the shakes but I still like them. If you ate your favorite meal every day it would get old too.  We have different flavors and ways to modify this diet.

The second type of fatigue is something I alluded to a couple of times on these videos. I’ve been continuing exercise the same way I always have.  So that hasn’t changed a whole lot. I mentioned I might feel fatigued doing my exercise. I hadn’t noticed this until yesterday.  Yesterday was Monday and typically my hardest exercise day because I’m usually done in the operating room by early afternoon. I don’t actually go to the office so I can get a really good workout in. So I typically spend about  1  1/2 hours on my workouts  on Mondays. I mix cardio with weight training. I’m partial to Mondays doing the P90X workouts. P90X is a great workout plan by Beach Body. I’m partial to the chest and back workout.  It’s one of my favorites.

What I found is, typically when I do these workouts I feel energized doing them.  Yesterday towards the end of the workout I started noticing that I was struggling where I normally wouldn’t. I couldn’t get quite the reps in that I normally would. I started thinking about what was causing the fatigue.  I think I’m seeing that fatigue because I’m salt deficient. It can be because it’s a bit low calorie for me.  But I think it’s more salt deficiency.

When we go on aggressive weight loss plans we tend to waste salt, especially if it’s a low-carb plan. Carbohydrates make insulin levels go up.  Insulin makes you retain salt. So, when carb levels are low, insulin levels drop.  When insulin levels drop we no longer retain sodium.  Typically that’s why with low carb diets you lose weight those first few days fairly quickly. It’s because the insulin levels drop and you no longer retain sodium, which means you don’t retain water either. You’re wasting sodium that you normally wouldn’t waste.  Once your body wastes some sodium one of its resources to fall back on so you don’t get sodium depleted is to waste potassium and magnesium.  They won’t drop below normal lab values, but below tissue values. It’s the tissue levels that we need.  So subsequently if the sodium, potassium, and magnesium levels start dropping off we feel fatigued.  So, what do you do about that?  An easy way to do that is to get a bouillon cube and put it in a cup of water.  I had a beef bouillon yesterday.  I think the salt actually stalled my weight loss for a day. But part of it is because I probably needed the extra salt. The nice thing about the bouillon cube is it actually reduced some of my cravings for meat.  I’m a carnivore at heart.  When I think about my first meal when this diet is over, it’s going to have something to do with meat.  My energy level popped up too after drinking the bouillon. Today I felt good working out. I don’t work out as hard as Monday, but I had no problems.  I didn’t get that fatigue today so the bouillon helped.

My last comment is about will power. Will power is like a muscle. We need to practice will power, and if we practice it our will power will get stronger. I often have people tell me they have no will power at all and can’t do this. Everyone has will power but you have to practice utilizing it.