Here we are day 6 of the Jump Start Diet. It’s actually going remarkable well. I told you I’d keep you undated on this. I made this public for everyone. On day 6 I’ve lost 2 more pounds. Seven pounds altogether. It’s going to slow down I know that, but still I feel really good. I’m sleeping really well and I wake up well-rested. 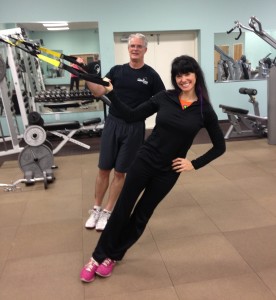 Sometimes just getting rid of all the junk that we take in will make us feel better. I think some of that is kicking in.  I think I’ve gotten through the caffeine withdrawal and the carb withdrawal. I’m not hungry which is fairly amazing because it’s a fairly low calorie diet. I am concerned that at the end of this I might be worn out because I’ve still been exercising fairly hard. If you’re doing the Jump Start Diet you’ll need to keep this in mind:  if you do exercise hard, you might have to back off a bit during those 2 weeks.

What I want to talk about is we’re heading into the weekend. Many people struggle on the week-end because it’s more of a social thing. It’s Friday night and what am I going to do?  I’m going to have my shake.  I’ve made up my mind.  I’m going to do this! I can do anything for 2 weeks. Tonight is going to be a little harder for a couple of reasons. One is that it’s Saturday night.  We all think we’ve gotten through the week so let’s sit back and relax and do something different. You have to be very careful with that mindset long-term. There are a lot of people that think they’ll do really good with their eating and exercise during the week but on the week-end they back off a bit.  The problem is that if you’re very sensitive to carbohydrates typically you can undo a week’s work of good eating with just one bad meal. It can take you two weeks to get back on track. So be very careful with that. A lot of people play by that 80/20 rule: they’re good 80% of the time and bad 20% of the time. It’s a slippery slope. You can backtrack significantly and now you have another two weeks to make it back up.

So, we like to socialize on the week-end, but also drink adult beverages.  I usually like to get together with my wife and friends and have a few glasses of wine. I personally enjoy a good bourbon once in a while. I have about 60 different bourbons I keep on the shelf. I pick and choose depending on what mood I’m in. But since I’m doing this Jump Start diet I won’t be drinking adult beverages. I’ll probably find that it’s going to be little difficult this week-end. But we’ll power through it.

Alcohol truly can be the downfall of a weight loss plan for a number of reasons. Number one is alcohol is just extra calories. The alcohol involved in any standard drink is going to be about 100 extra calories.  If it’s mixed with something that has calories, then that’s even more!! It’s not hard to get into adding a significant amount of calories with alcohol. Also, when we drink alcohol we tend to have decreased inhibitions. It’s not just dancing on the table inhibitions.  It’s EATING inhibitions. We tend to eat more than whatever it was we were going to eat. Or, we eat things that we wouldn’t normally eat. I’m going to be careful with that this week-end.  I can do anything for 2 weeks.  I’m pretty convinced of that. I’m making good progress.  I’m feeling really good. I’ll try to avoid the alcohol tonight.  We’ll see how that goes. I’ll keep you update. Take care everyone.